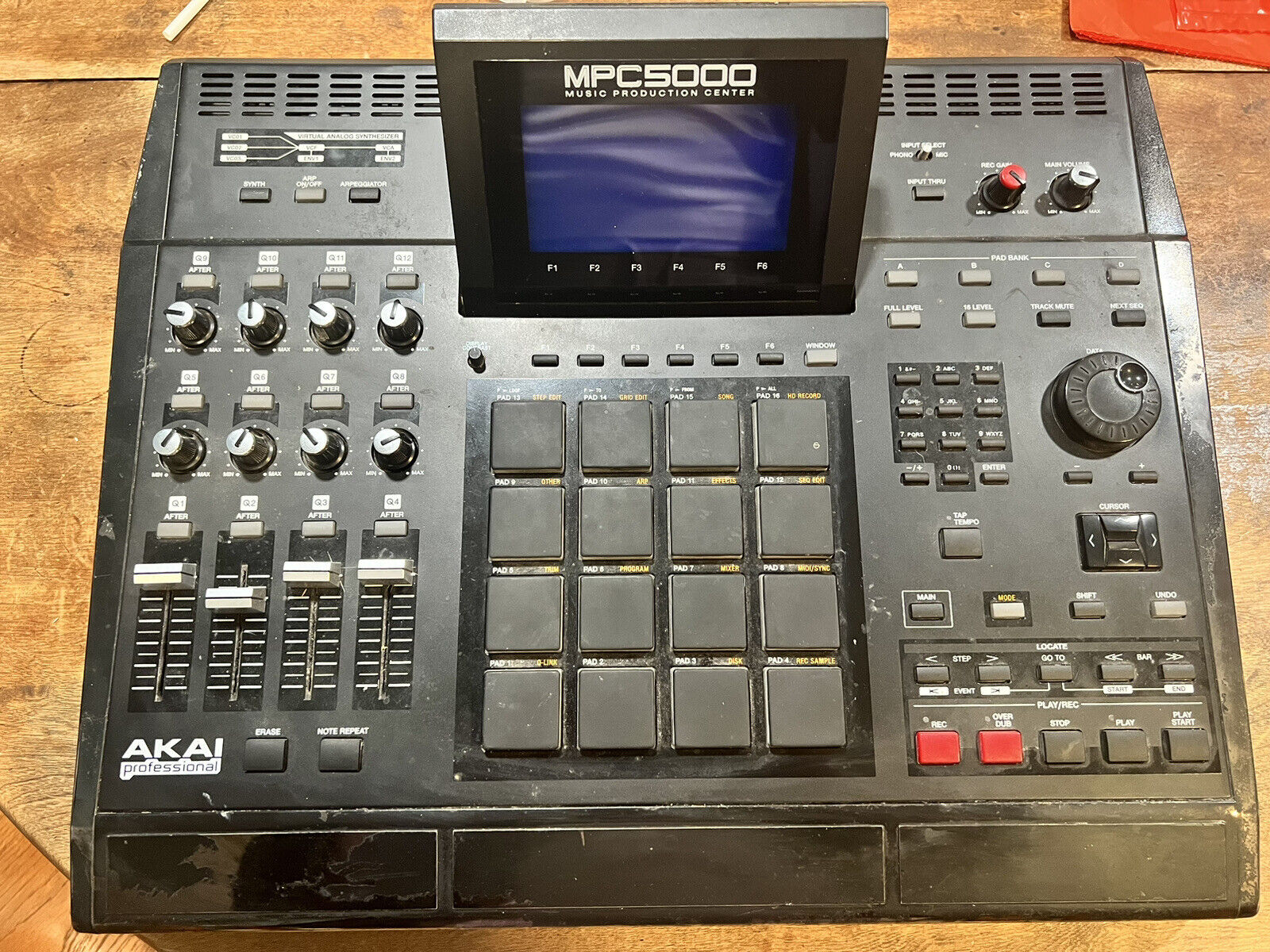 This is in working condition. It does have a little bit of cosmetic flaws but nothing too bad. A little bit of paint has rubbed off the wrist rest and the unit’s ears.

It has an upgraded hard drive at 1TB and it has had new pads installed that are black fat pads from mpcstuff.

I am getting rid of it because I got an MPC live 2 which is where I’ve been doing all of my beatmaking. If you want a vintage MPC workflow, this one delivers.” 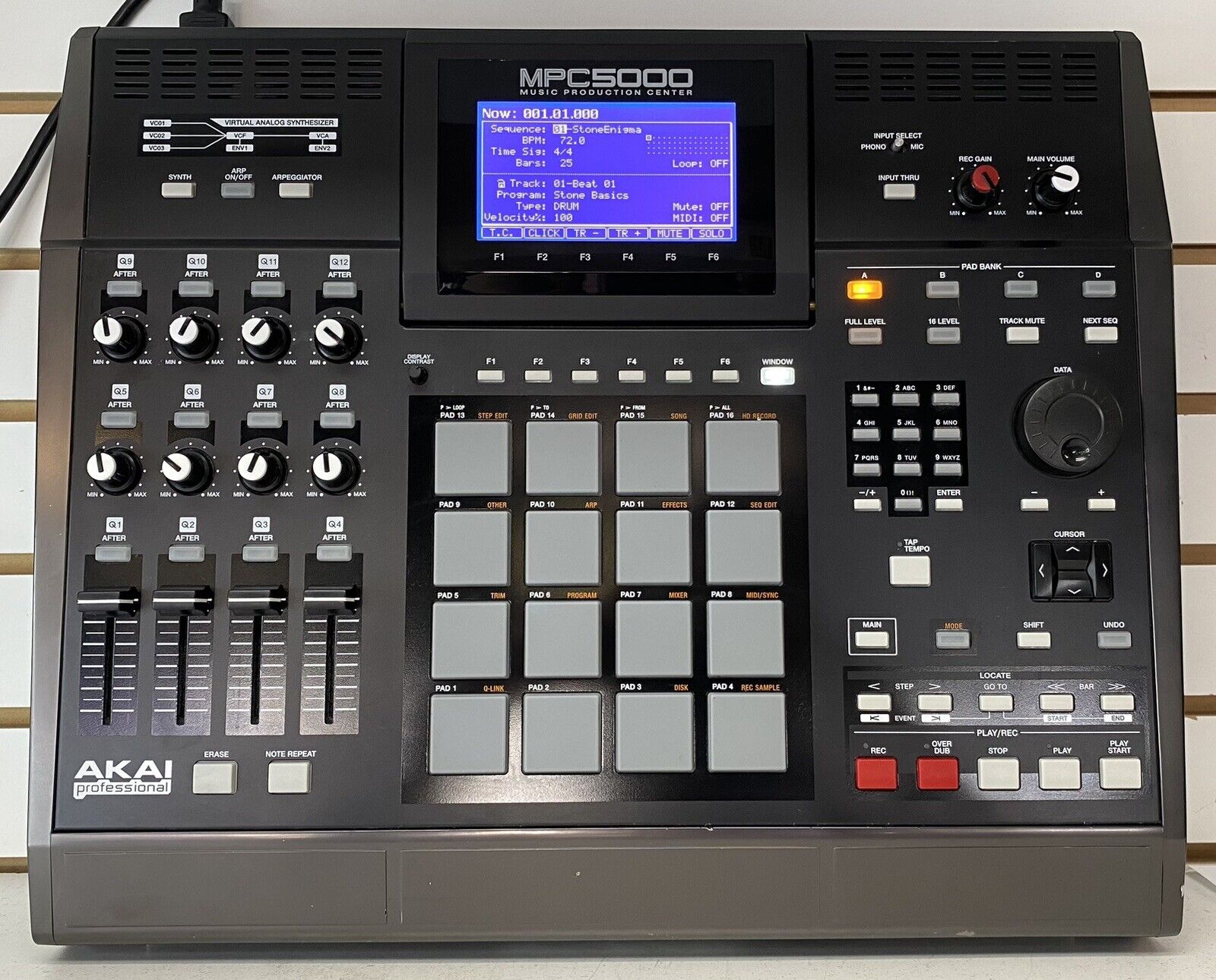 “Unit is fully functional and ready for use.As stated Unit has several surface scuffs scratches varying in size but in excellent overall condition refer to all pictures for further detail.Auction includes drum machine and power supply.” Click here to visit listing on eBay 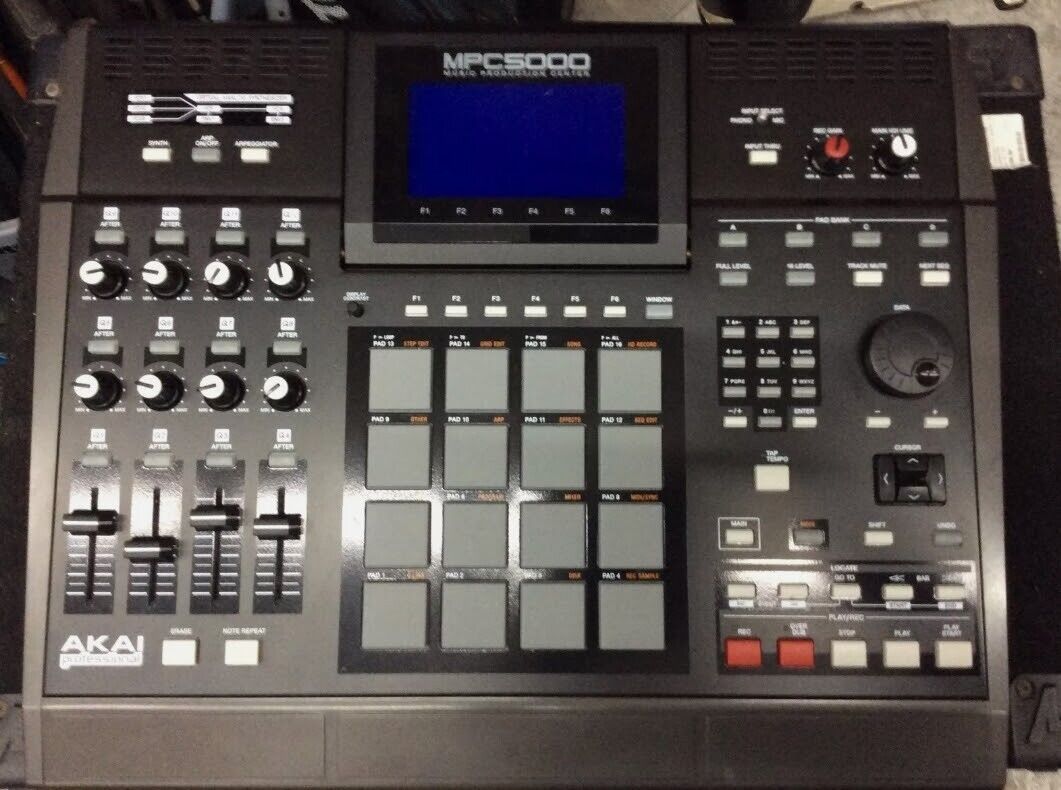 “Equipped with various functions that were included in models after the MPC4000, as well as a virtual analog synth and an 8tr hard disk recorder, which were the first in the MPC series at the time, it was a high-performance unit that could complete everything from sound source production to recording in a single unit. hybrid machine.

Bought a second-hand version of ver 2.0 half a year ago, installed a new CD drive and extended memory from overseas, confirmed sound output operation, and has been in storage since then.

Since the program has been erased, it is quicker to check the sound output by playing the pad from the SYNTH and checking the playback of the CD drive.

There are some minor scratches on the exterior and some discoloration on the buttons/knobs, but there is basically no noticeable damage, and the monitor is vivid and in good condition.”
Click here to visit listing on eBay

“I am selling this unit as sadly I have stopped making beats. I owned and loved an MPC 1000 which I used to death before upgrading to this, which I only used to make 2 songs before losing motivation. It’s in perfect working order and has everything you need to make tracks with that rugged sampling approach. 8gb SD card and power cable thrown in. No box included. ” Click here to visit listing on eBay 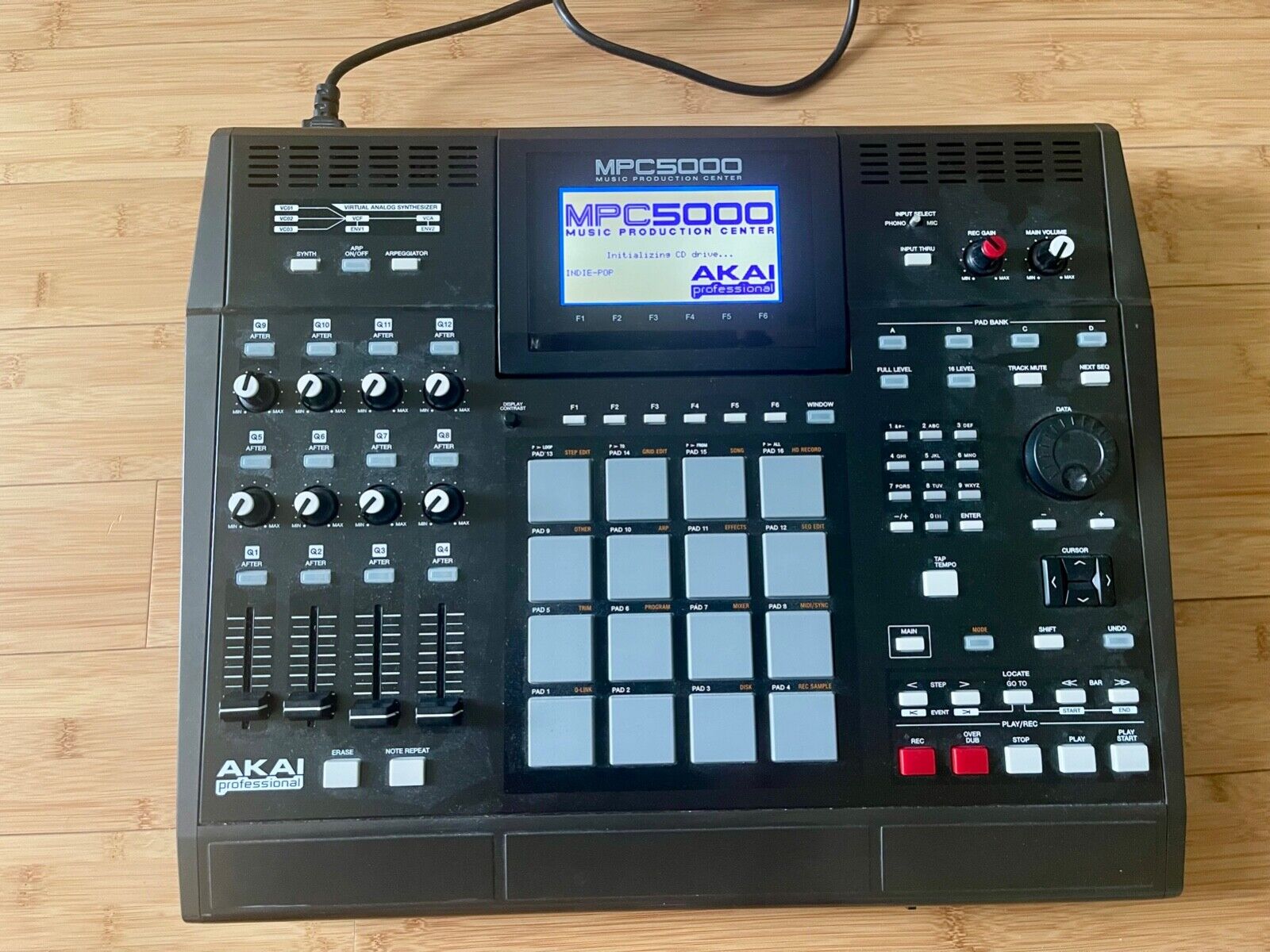 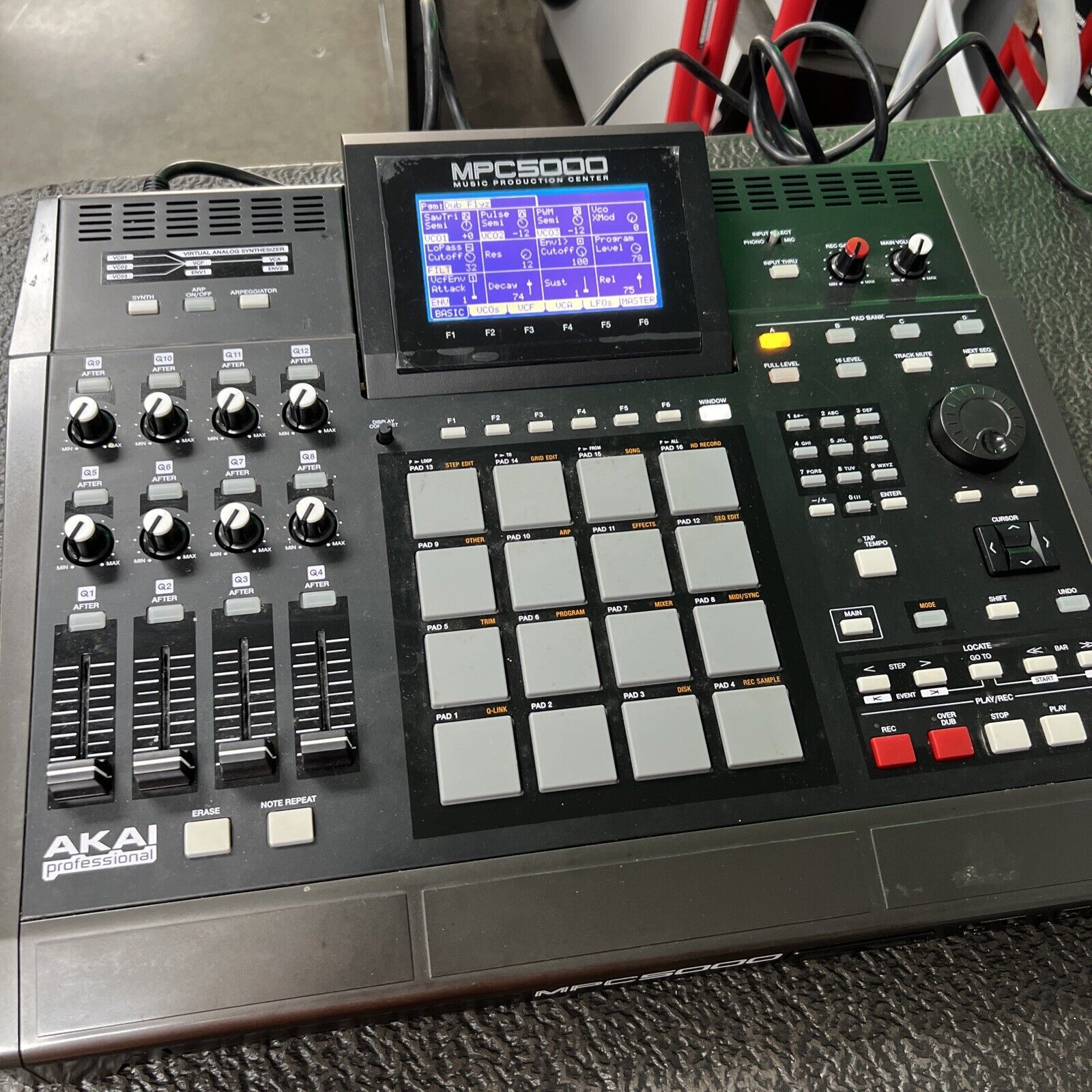 “For parts or not working: The item does not function as intended and is not fully operational. This includes items that are defective in ways that render them difficult to use, items that require service or repair, or items missing essential components. Software is corrupt and will not load properly. Phono grounding screw is not secure. ABSOLUTELY NO REFUNDS ON SHIPPING FOR ITEMS THAT ARE “For parts or not working”. THERE WILL BE A RESTOCKING FEE FOR RETURNS ON THIS ITEM.” Click here to visit listing on eBay 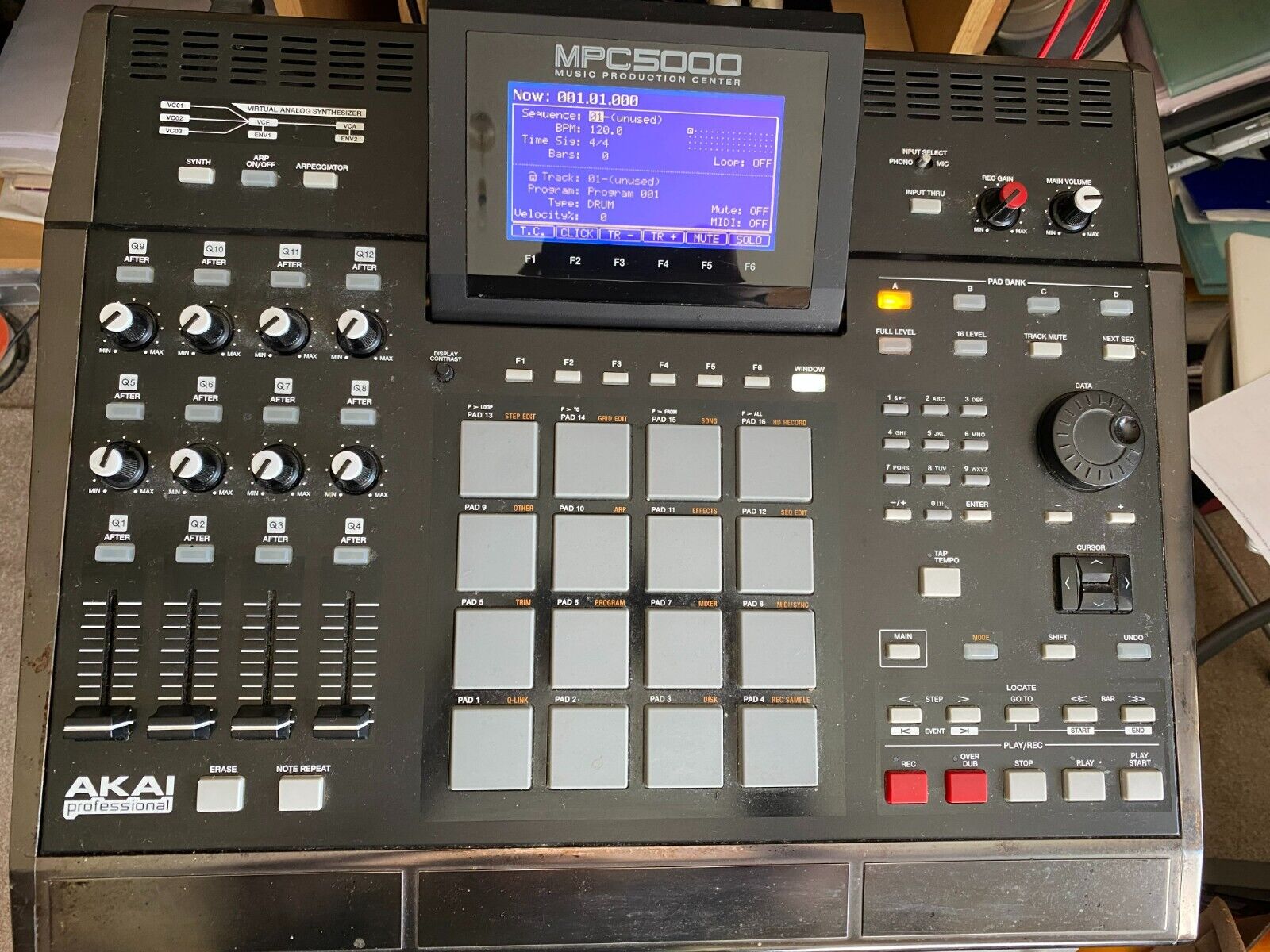 “Selling my MPC5000. Please only bid if you intend to buy.

Works absolutely fine, I just don’t use it anymore. Does need two new side panels which is reflected in the lower price but it is purely cosmetic and doesn’t affect how the MPC works.
80GB of storage and I have a few CF cards to go with it as well as leaving my own drum samples on there if you want them. (They can easily be deleted)” Click here to visit listing on eBay