“For sale is my Akai MPC3000 Music Production Centre. I bought it about 18 months ago with the intention that my son would have it, but he’s lost interest in music now so it’s just lying around.

I’d call this one a working fixer upper. It works and has a new bright screen from Jazzcat, so you can definitely start producing music with it.

It will need a new tact switch for the Edit Loop button, as that requires a firm press to get it to work; I haven’t had issues with any of the other buttons.

I’d also recommend replacing the pads and pad sensors (easily obtainable). They all work, as I said you can definitely produce music with this MPC, but I think they’re original.

The only other issue I’m aware of is one of the screen hinges is broken. The screen still raises and folds down again (as shown in the pictures), but one side of the screen isn’t secured.

The floppy disk drive works and I’ll supply it with a box of HD disks.

It hasn’t had its memory expanded so it’s got the standard RAM.

Like I said, it’s a working fixer upper and is priced accordingly.” Click here to visit listing on eBay 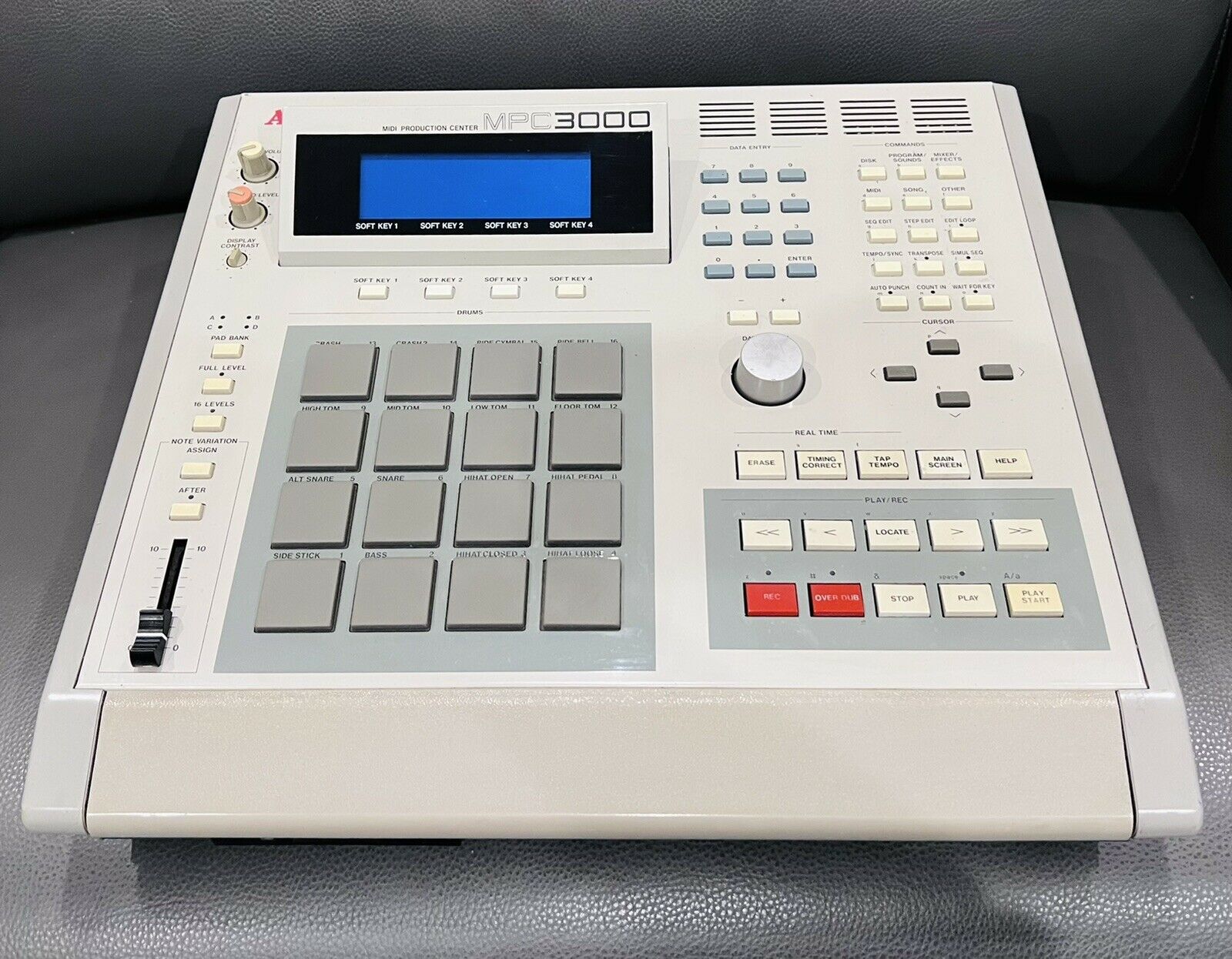 If you’re looking at this listing, you know what this is!

Machine has been maintained by Forat Electronics in Los Angeles California.” Click here to visit listing on eBay 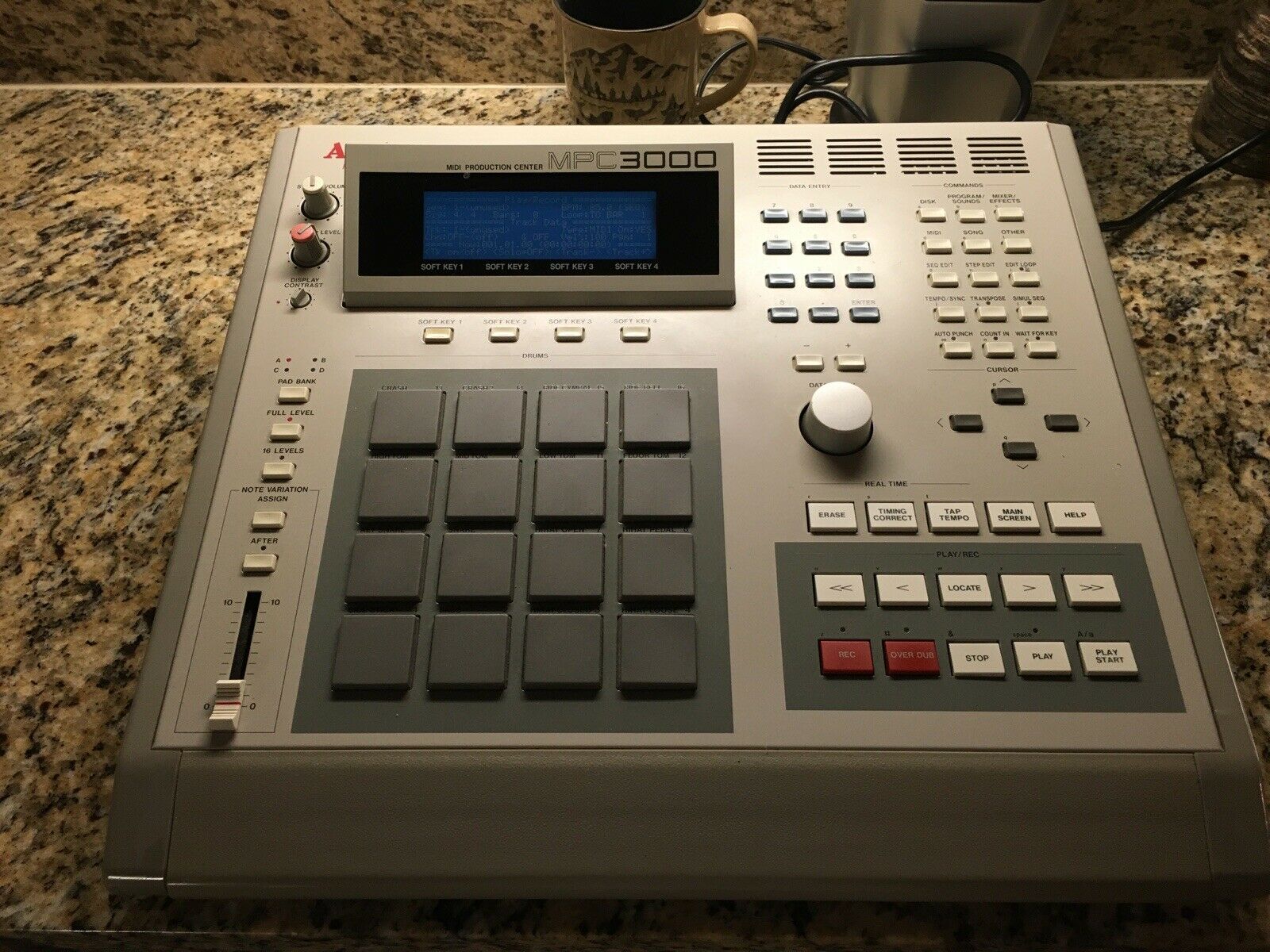 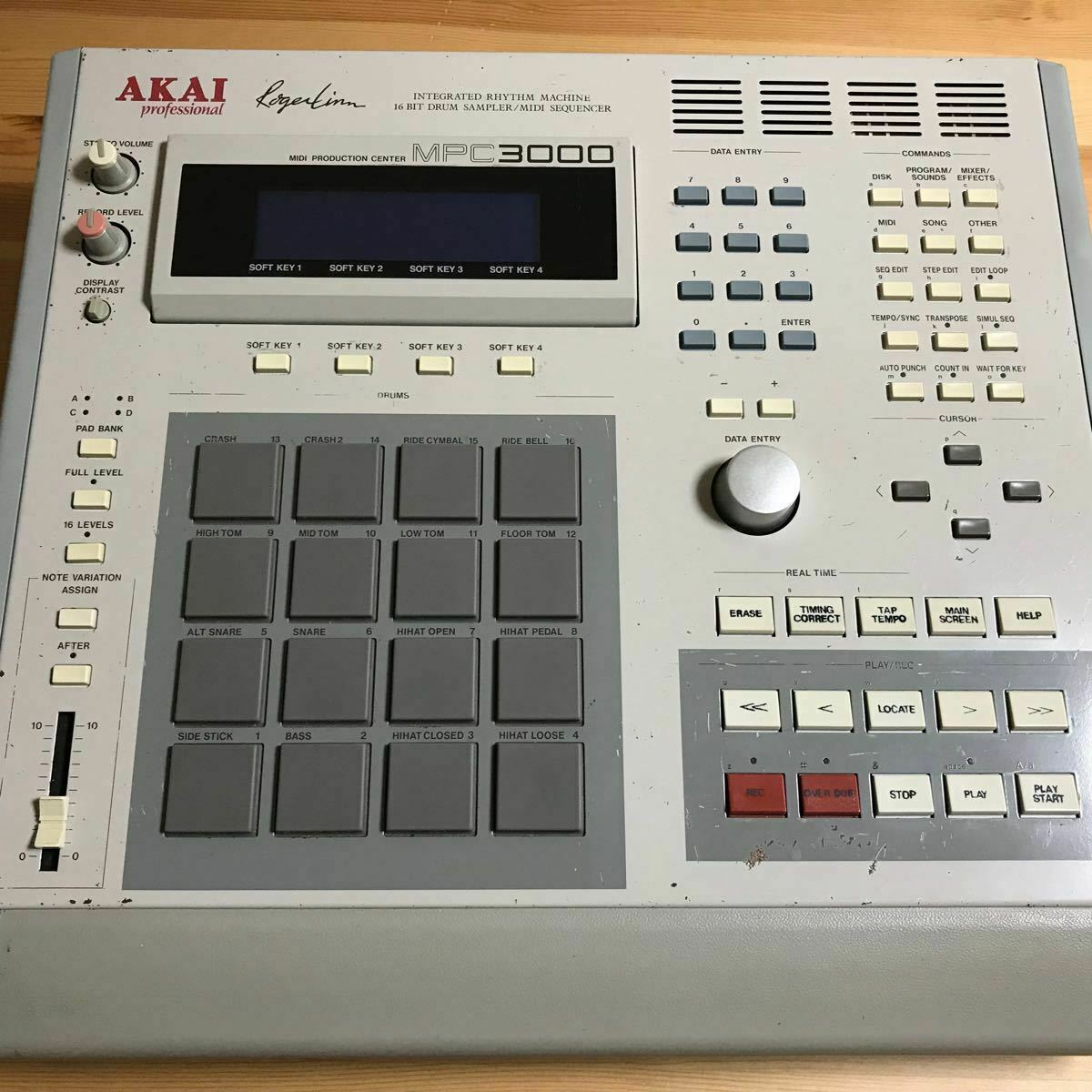 “This is a used item, so it has a scratch.
I think it will be easy to understand if you check the image.
We will pack it and ship it.
Please be considerate when purchasing.” Click here to visit listing on eBay 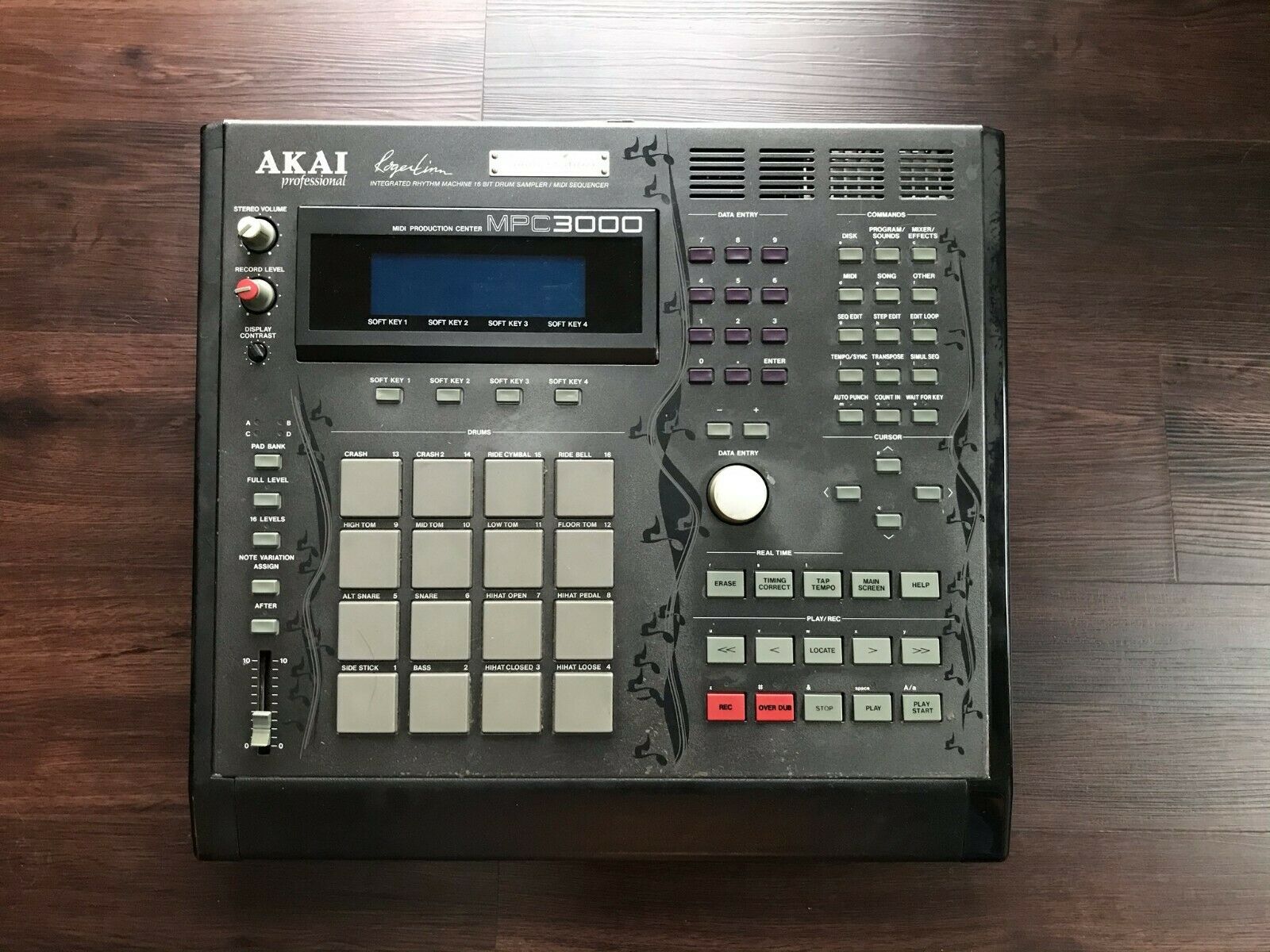 “Repaired and upgraded by renowned Kanamit MPC who swapped floppy to SD , did a full review and upgraded any switches an installed LCD panel ($800 value). Little bit of wear but overall works like a charm and these units are built like tanks. I don’t have as much time to dedicate to the music making craft with a new child that has arrived and this unit isn’t getting as much use as it deserves. It runs great, no issues. It deserves a good home. ” Click here to visit listing on eBay 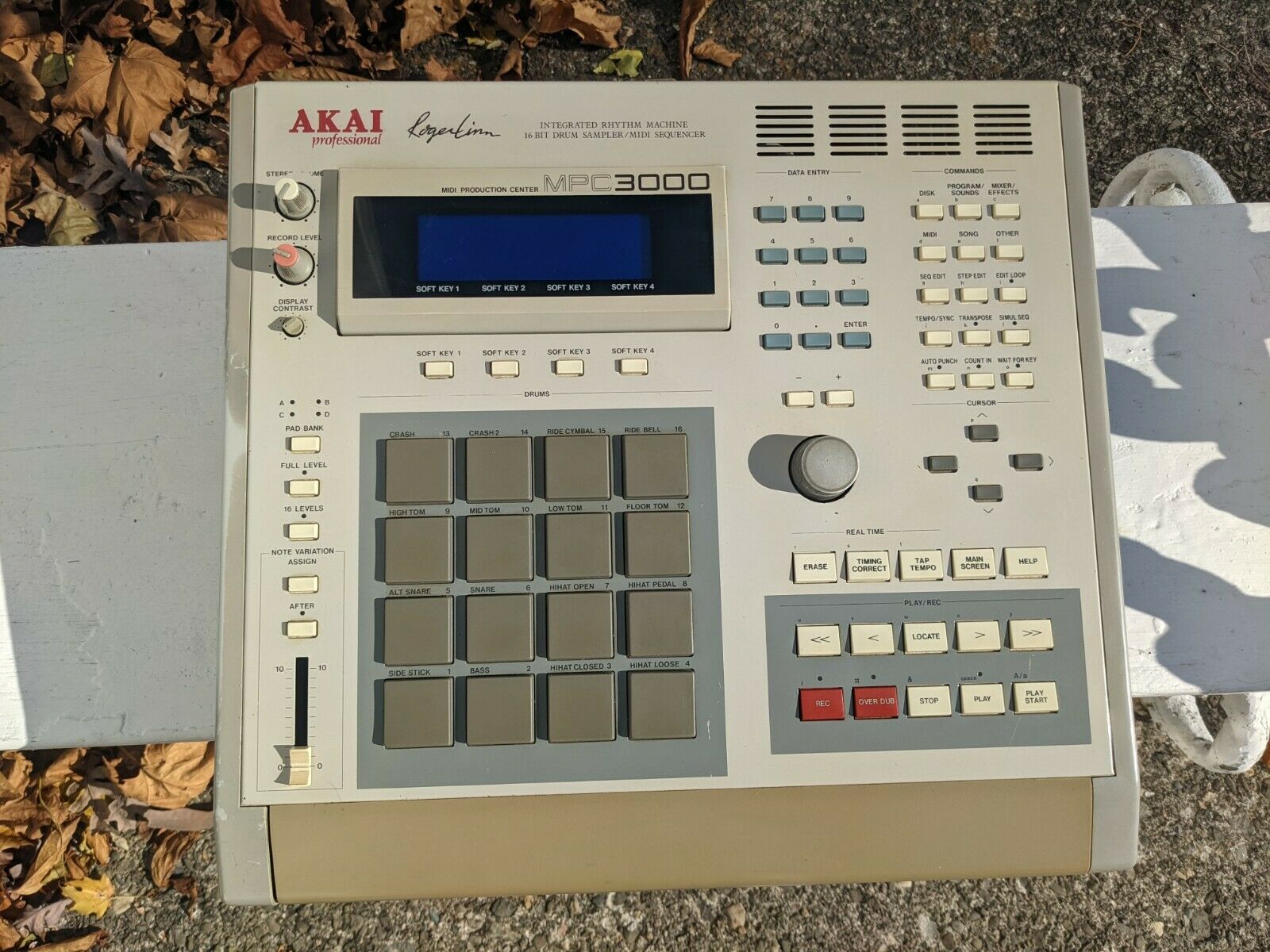 “Up for sale is a MPC3000 in great working condition.

I recently purchased this for more than I am listing, but it doesn’t really suit my workflow. My loss is your gain!

This one has been upgraded in a few key areas with the work done by Kanamit MPC a few years ago. Switches were replaced. It has the vailixi 3.5 OS chips installed. It also has an updated and bright blue LED screen. It is a very even blue color and very bright.

It has a compact flash drive that is not a floppy emulator but is a scsi drive – which is a whole lot better. This means that load and save times are very fast. It will come with 2x 1gb compact flash cards.

As with most mpc 3000’s, there are some scratches but nothing major and most of the labeling is there.

I just replaced the jog wheel encoder with a new drop in replacement from jazzcat. It’s super smooth and perfect now with no jumping or skipping. You can spin it super fast.” 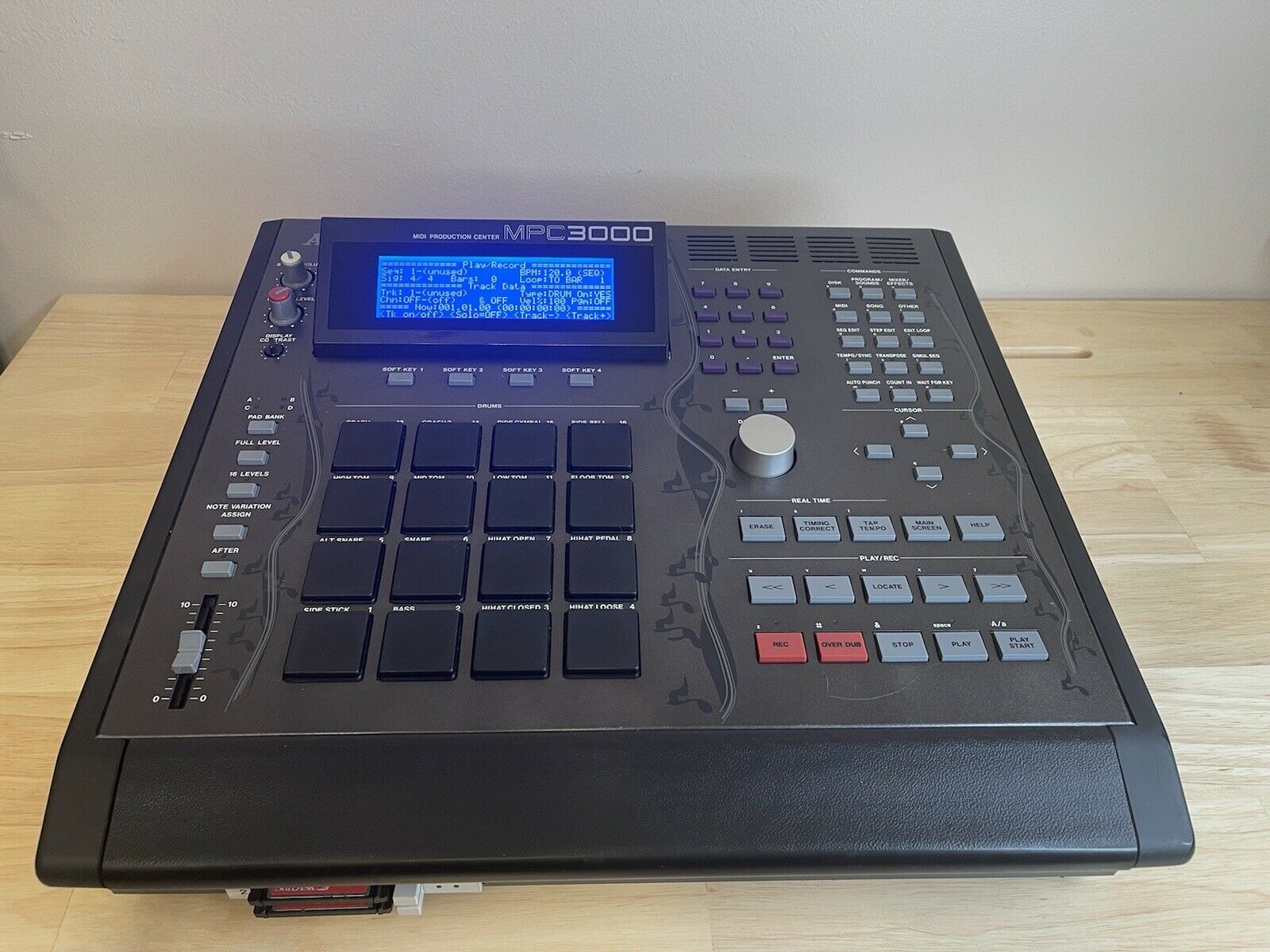 “For sale is a used Akai MPC 3000 limited edition Sampler and Drum Machine. Fully maxed out with Vailixi OS and 32MB of ram and a CF card reader. Brand new backlight for the LED. And Flight Case, Perfect working condition.”
Click here to visit listing on eBay 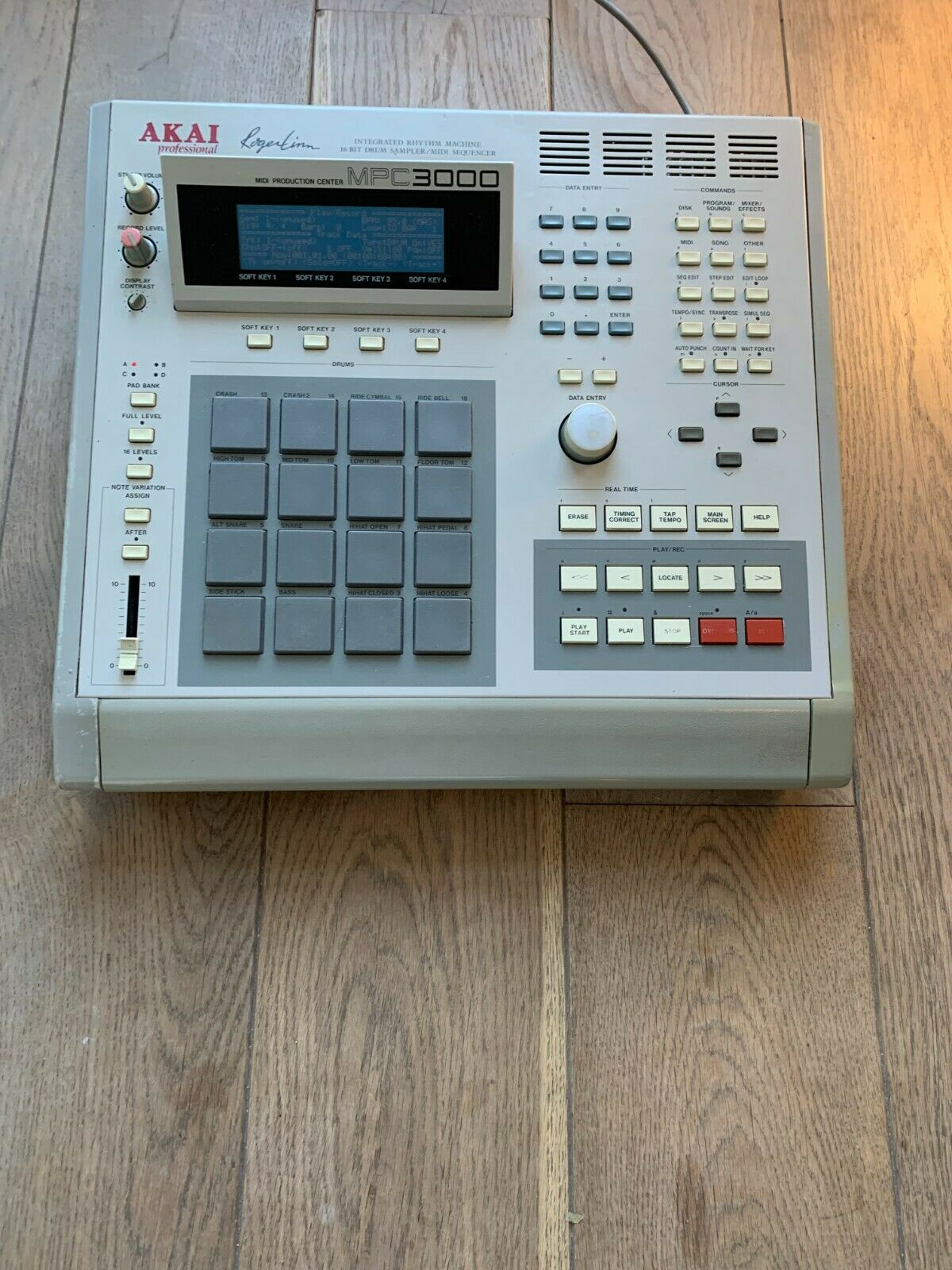 “:For sale a MPC 3000 at the best price online!It’s not a brand new machine and has some scars around the body – please refer to the pictures to see for yourself.This item has recently had a total overhaul. I can provide the buyer with documentation of the engineer who serviced the machine if requested.Perfect Working order, tested with attention and passion!The MPC will be shipped super padded and well packed to avoid any risk. I will not be responsible for this item once it has been shipped. Insured shipping is preferable.I also have a working 100Mb SCSI zip drive for sale with this MPC3000 if the buyer is interested?No returns allowed in any case. Item sold as is.” Click here to visit listing on eBay 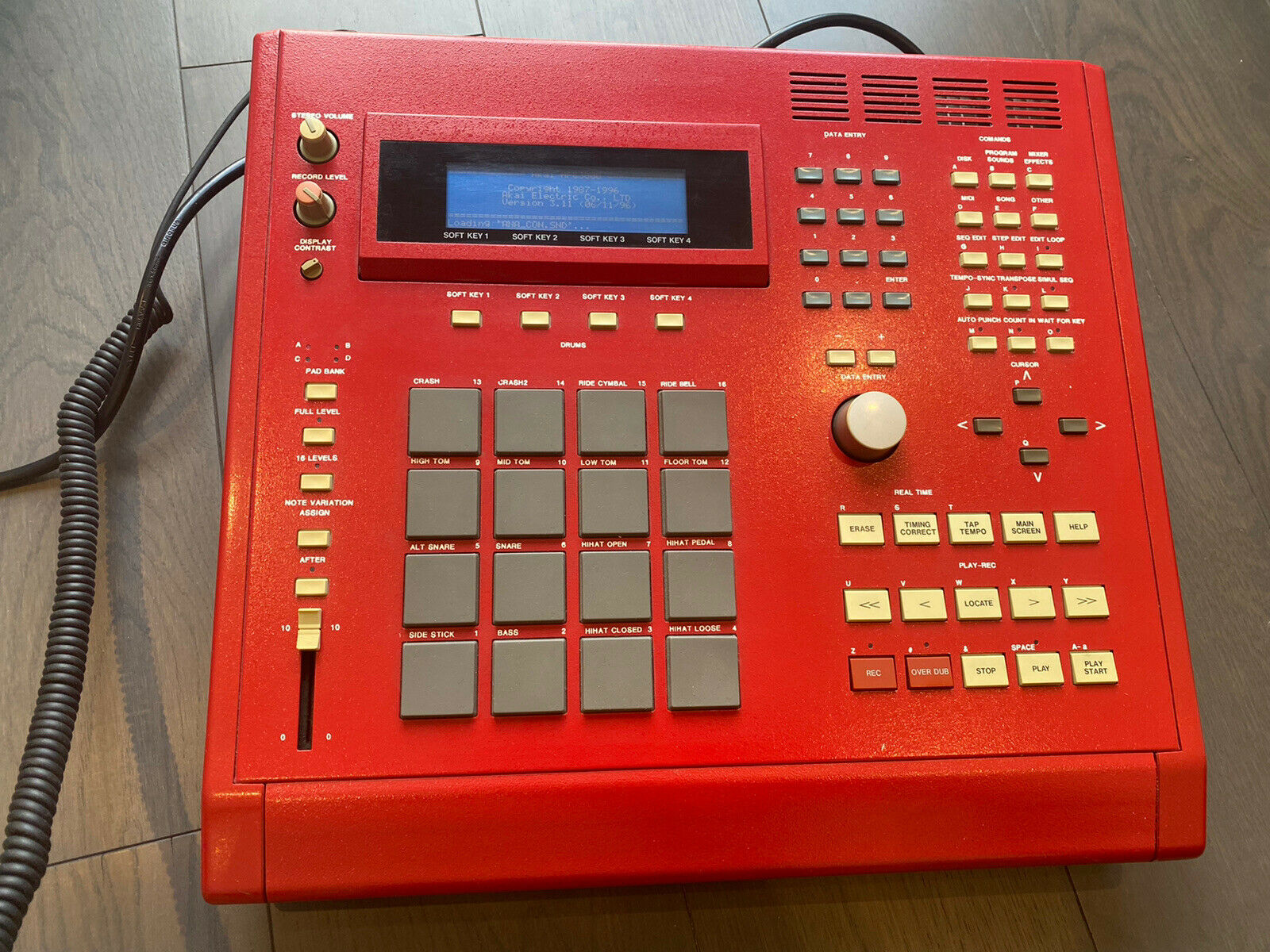 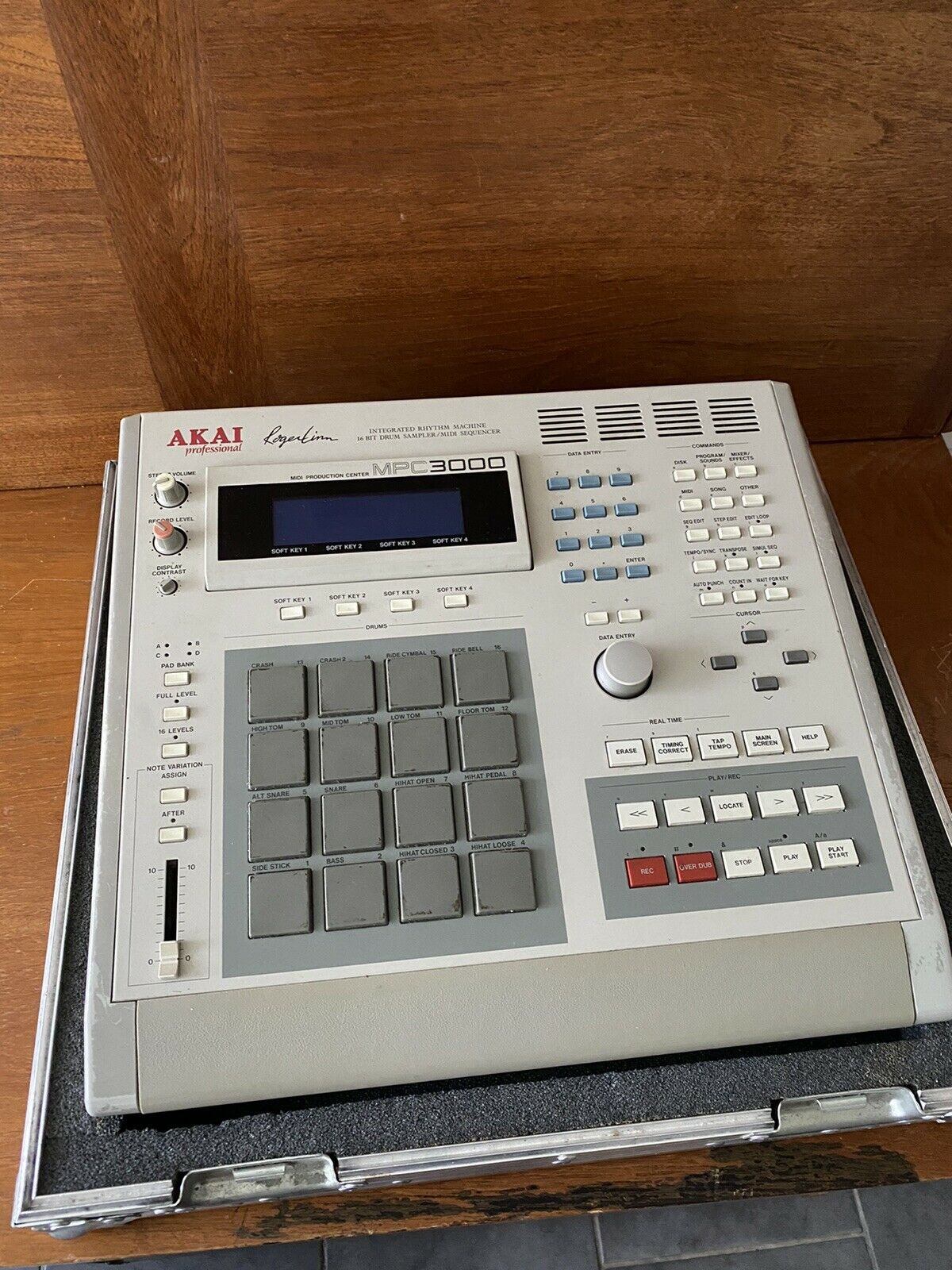 “Needs servicing, blank screen at the moment, hasn’t been used for a decade.